We don't use any cookies. Just for Google analytics Learn More.

Free for use by Radio Amateurs, ONLY as part of their hobby.

It is a special Windows utility for amateur radio packet users that interfaces multiple packet programs and multiple TNCs (Terminal Node Controllers) / modems. You can use any SoundCard as Dual Port TNC for Packet. 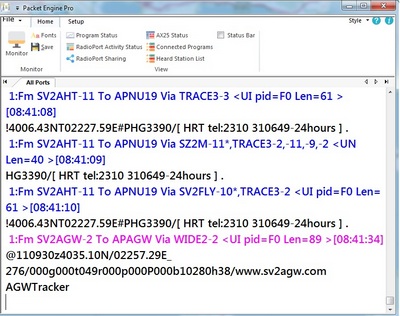 It is a special Windows utility for amateur radio packet users that interfaces multiple packet programs and multiple TNCs (Terminal Node Controllers) / modems.
Packet Engine Pro will only work with packet programs that have been written to take advantage of AGWPE but there are many, including terminal, DX cluster, APRS, and digipeater programs. Packet Engine Pro requires a $49 USD fee after a free 30 day trial, but it includes many features, including some that are not and will not be found in the basic AGWPE.

AGWtracker is an advanced APRS client program. You can use online maps from Google, Microsoft, OpenStreet, OVI. You can use almost any offline type of map from standard bitmaps to topo tiff and Garmin compatible. Use it at home or while moving. 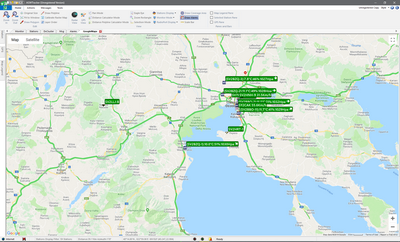 The Most advanced APRS application. Supports almost everything but is easy to use it.
Map Type Support.

AGWUIDigi is a program that help you setup your packet station to act as an APRS Digipeater. Among others can act as Cross Port APRS digi if you have more than a RadioPort. Can be used also as Internet Gateway to feed data to and from Internet. The program is the Perfect Companion to AGWTracker. 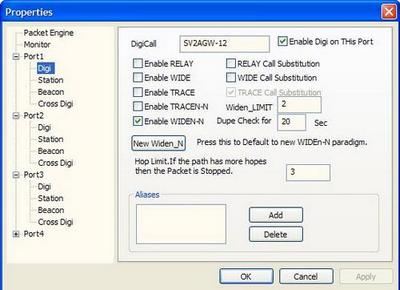 Current version is for Windows7, Windows8.1 and windows10.
New Version adds new feature unique to digipeaters. You can digi stations inside a circle area or outside the area only.
You can digipeat stations according to their type, e.g. mobile only.

This is a program that allows you to monitor the on air traffic. Has a view for each radioport. The windows scroll automatically but can be stopped to examine, better, the contents. Automatically connects to Packet Engine. 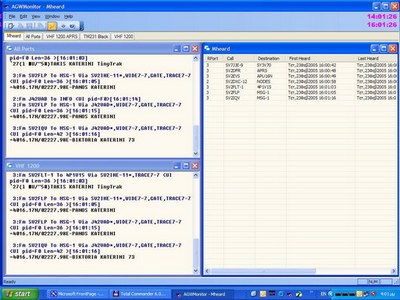 This program needs no other explanations because it is just a terminal program. The only difference is that it is multitasking. This means that you can have multiple connects and you can YAPP without restrictions. You can receive as many YAPPs as you wish simultaneously. If you have more than a RadioPort (You have more than a TNC) you can connect in any RadioPort. You can have also unlimited number of connections (about 100). Script Files. You can run at any time a script file with packet commands. Remote Control. Any station that connects you can remote the program if it has the remote Privilege. It can dir and receive a file from your disks etc. 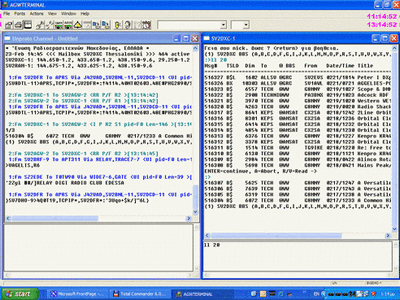